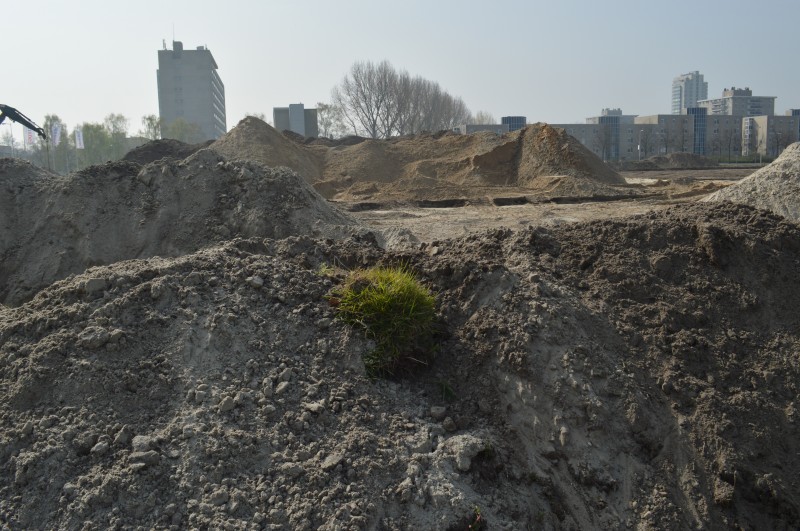 Sunny and warm day. Digging has now gone deeper and spread across nearly all of the closed-off field except for a strip in the south around the flagpoles. The Student Experience billboard has been taken down and construction workers are busy beside an opening in the fence to the east, with something that seems to be the foundations of a road. Three men with papers under their arms are walking around among the piles inside of the fence. I asked a construction worker named Erik if I could collect a couple of buckets of earth from inside the fence, and he told me I should speak to Joost, who was having a meeting. After waiting awhile, Joost came out from the construction site so I went up to him and introduced myself (in Dutch) and asked if I could collect some earth from inside of the fence. Joost said, “Sure take as much as you want!” I went in through an opening in the fence at the north side and found a tuft of grass, which I collected, as well as filling both buckets with sand and soil.